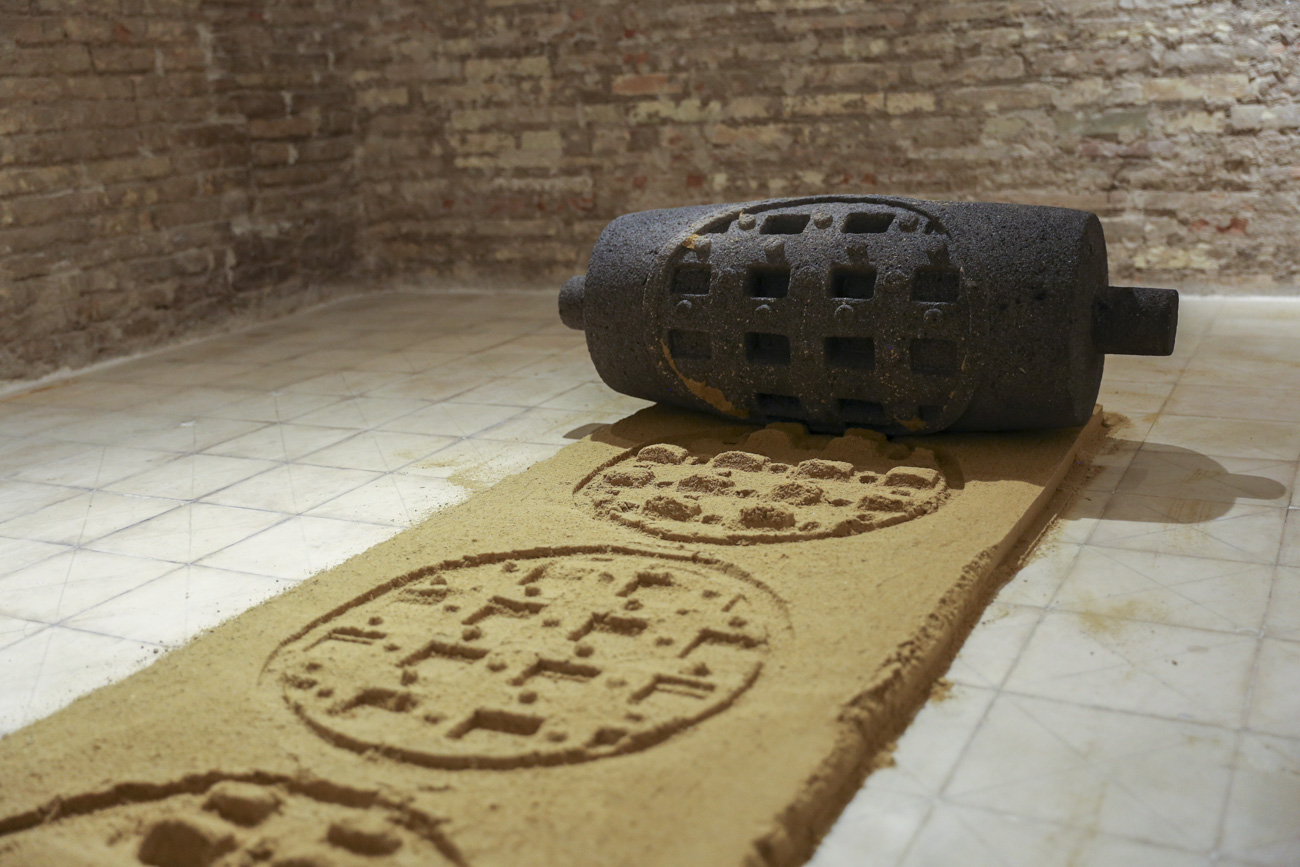 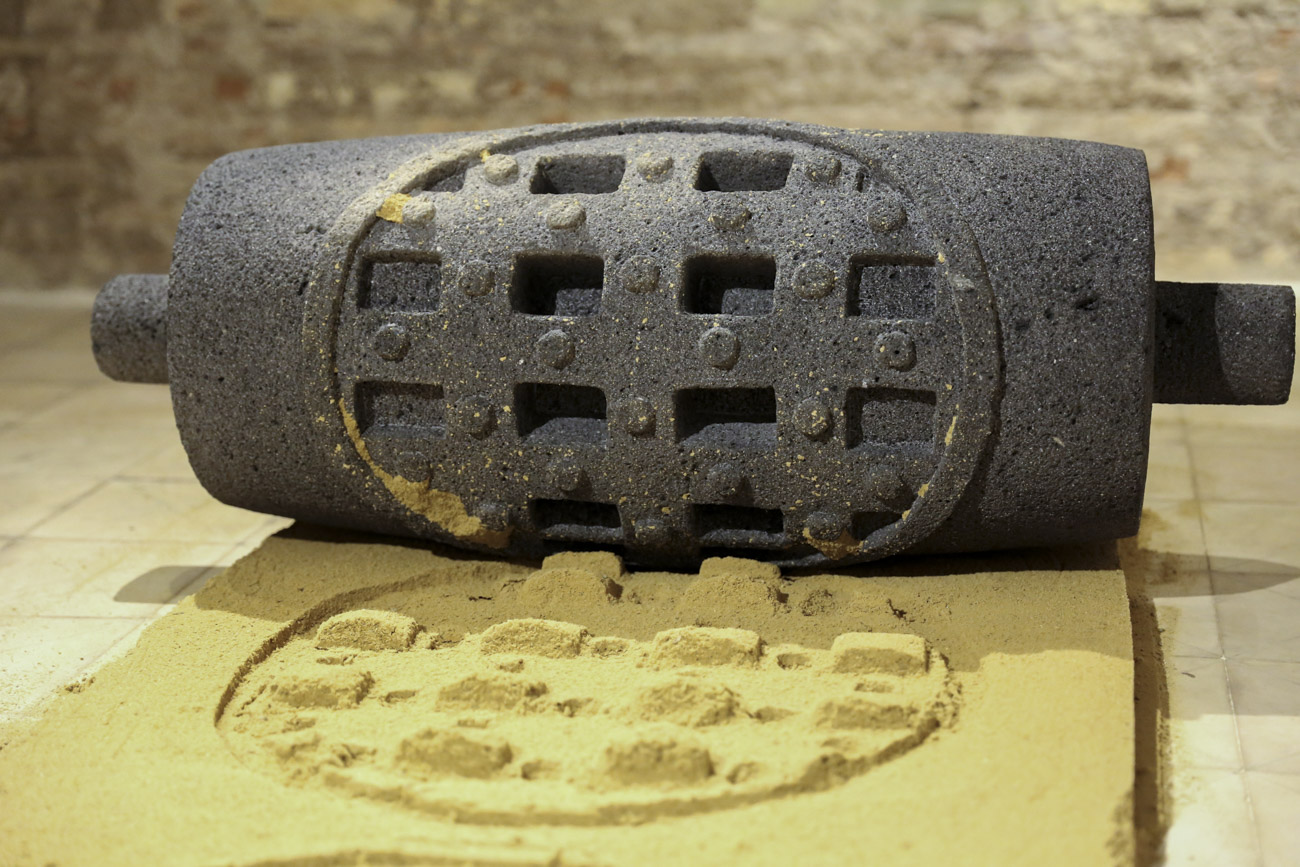 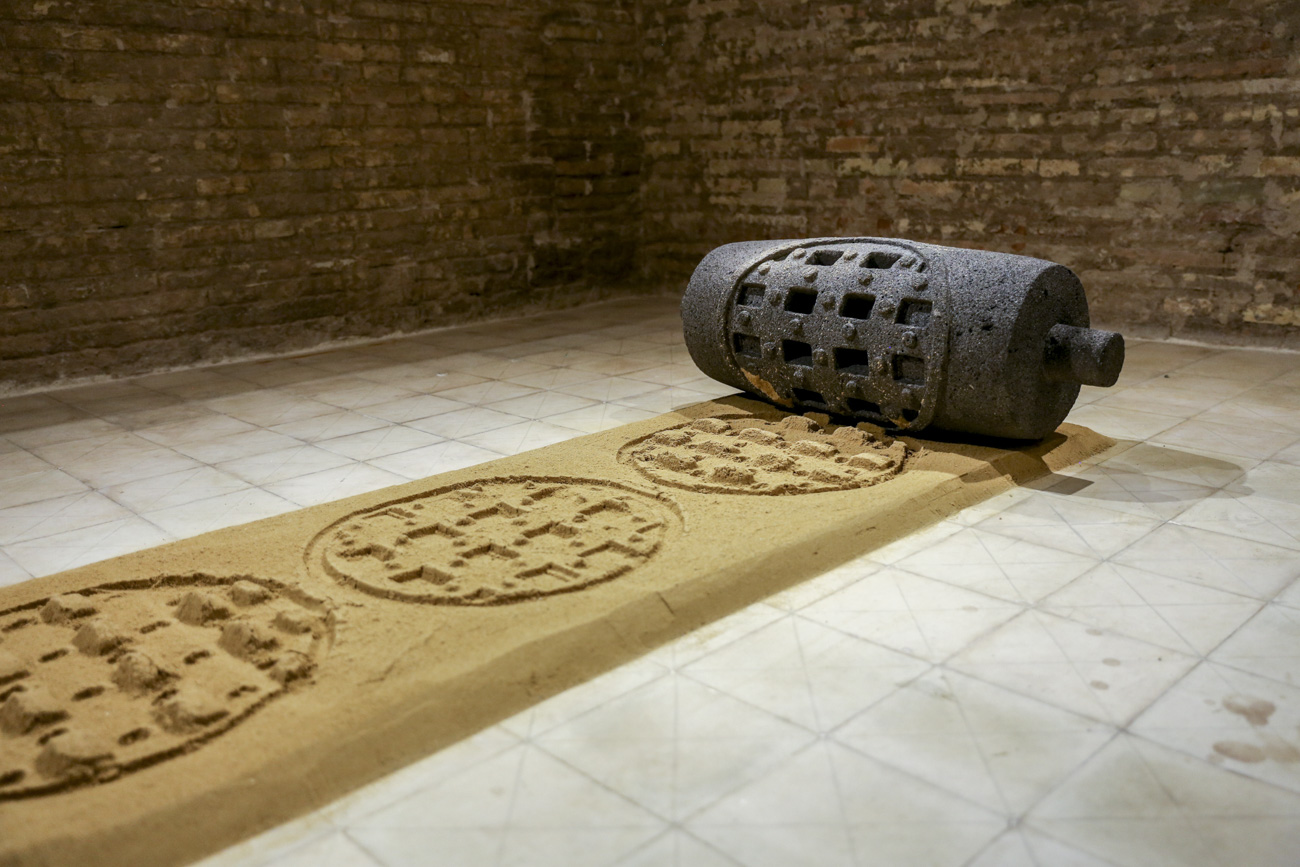 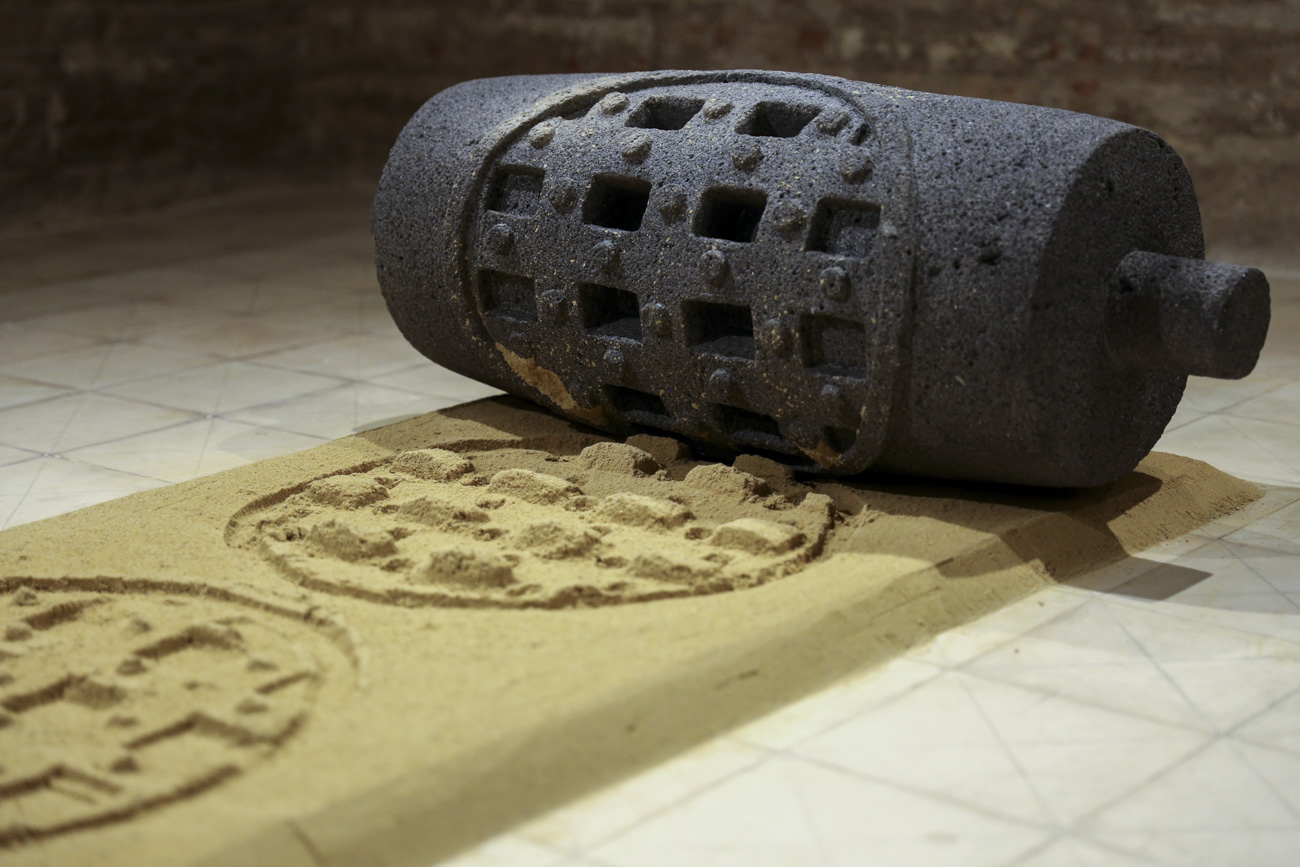 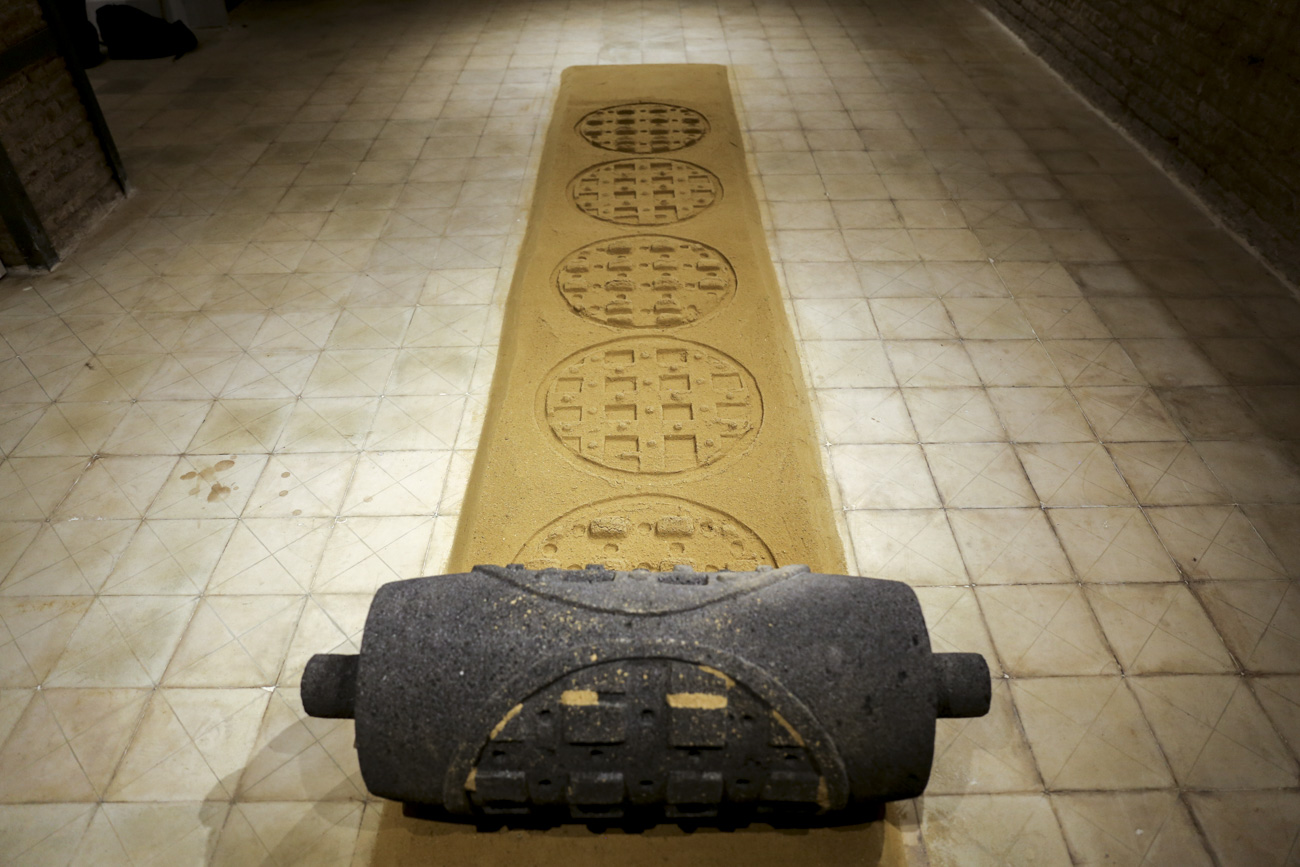 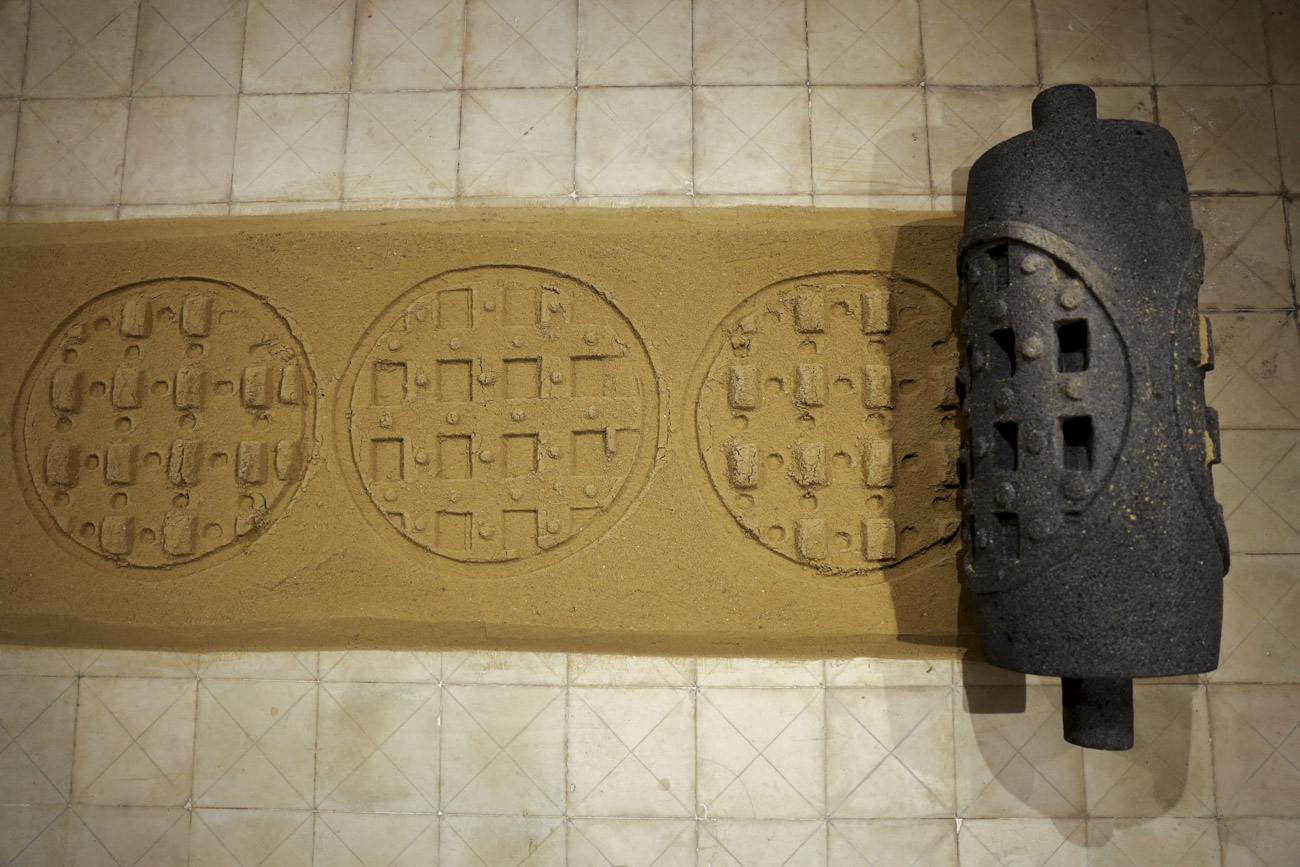 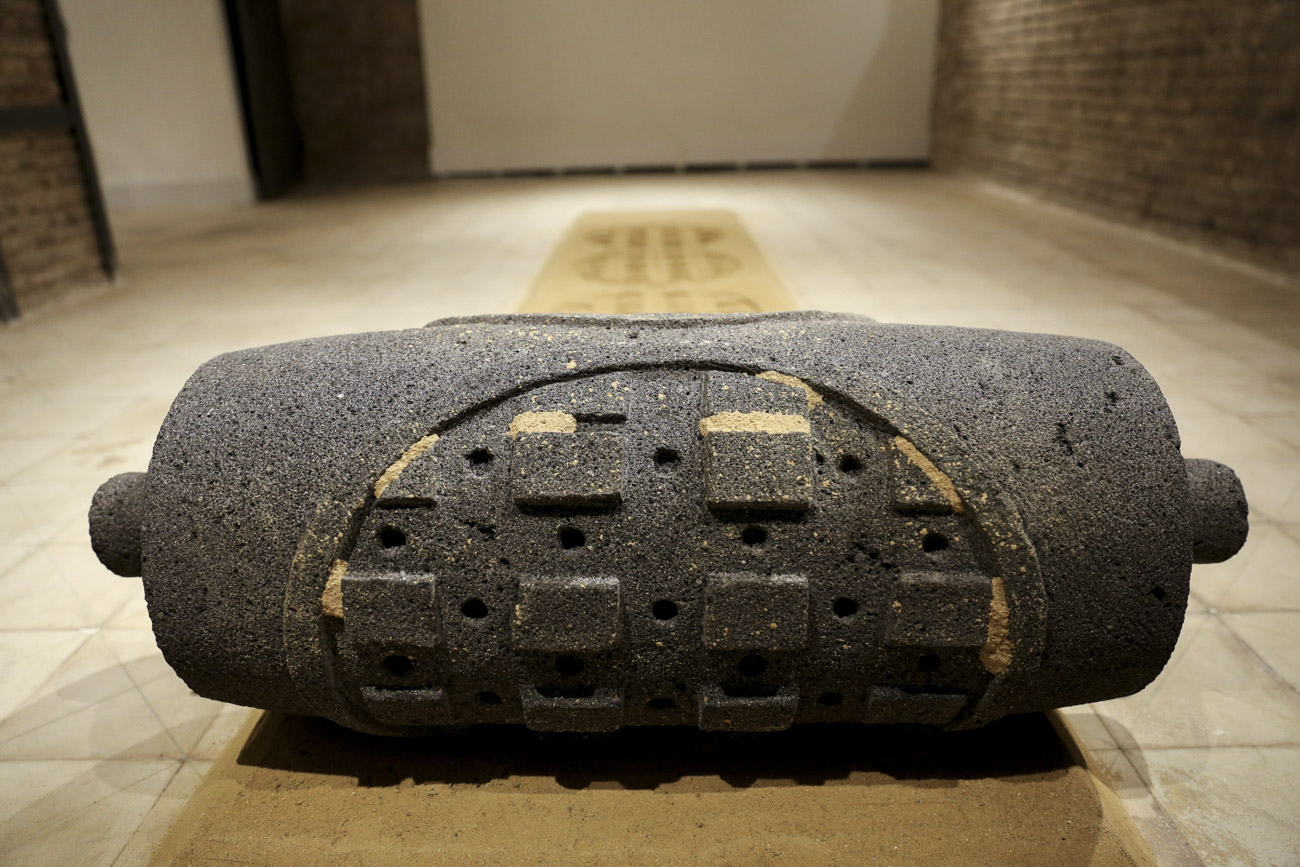 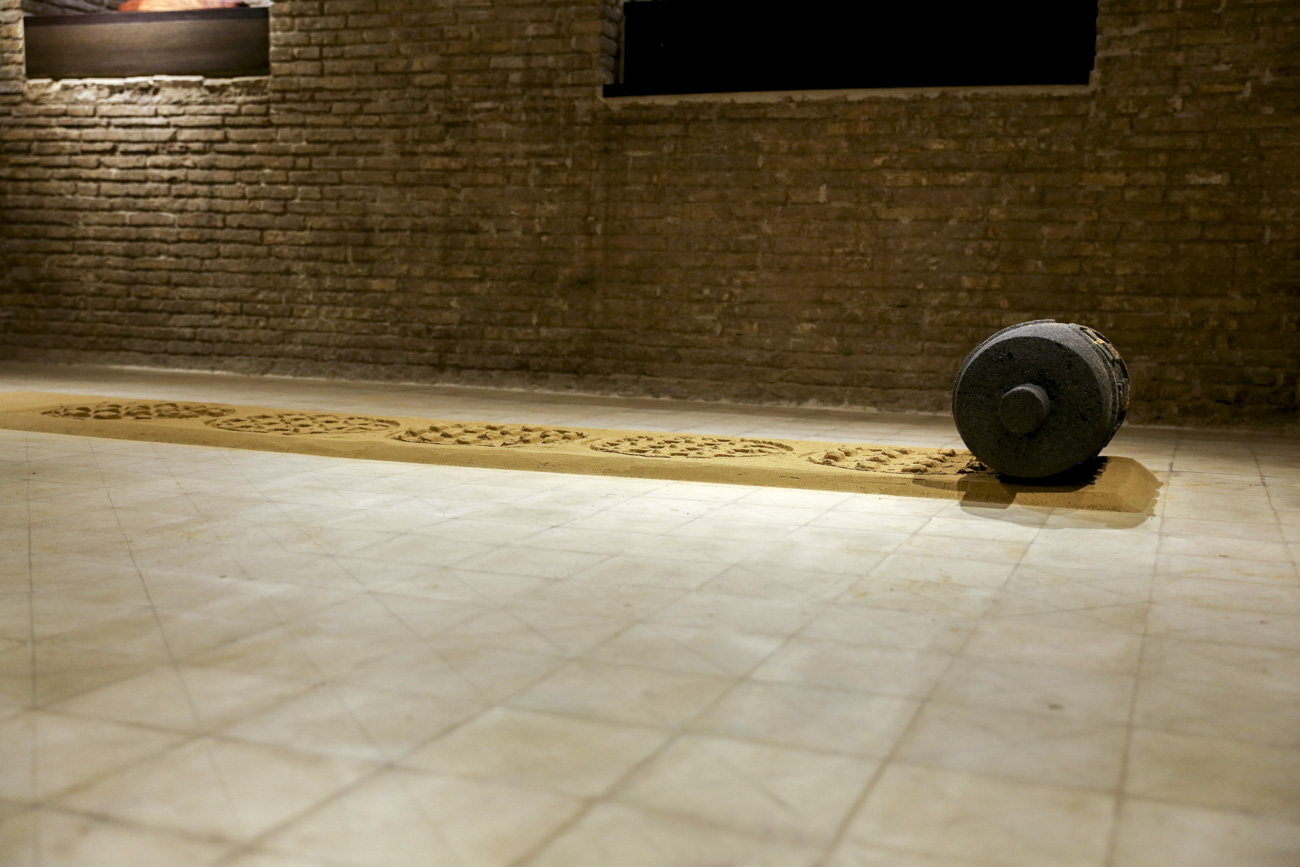 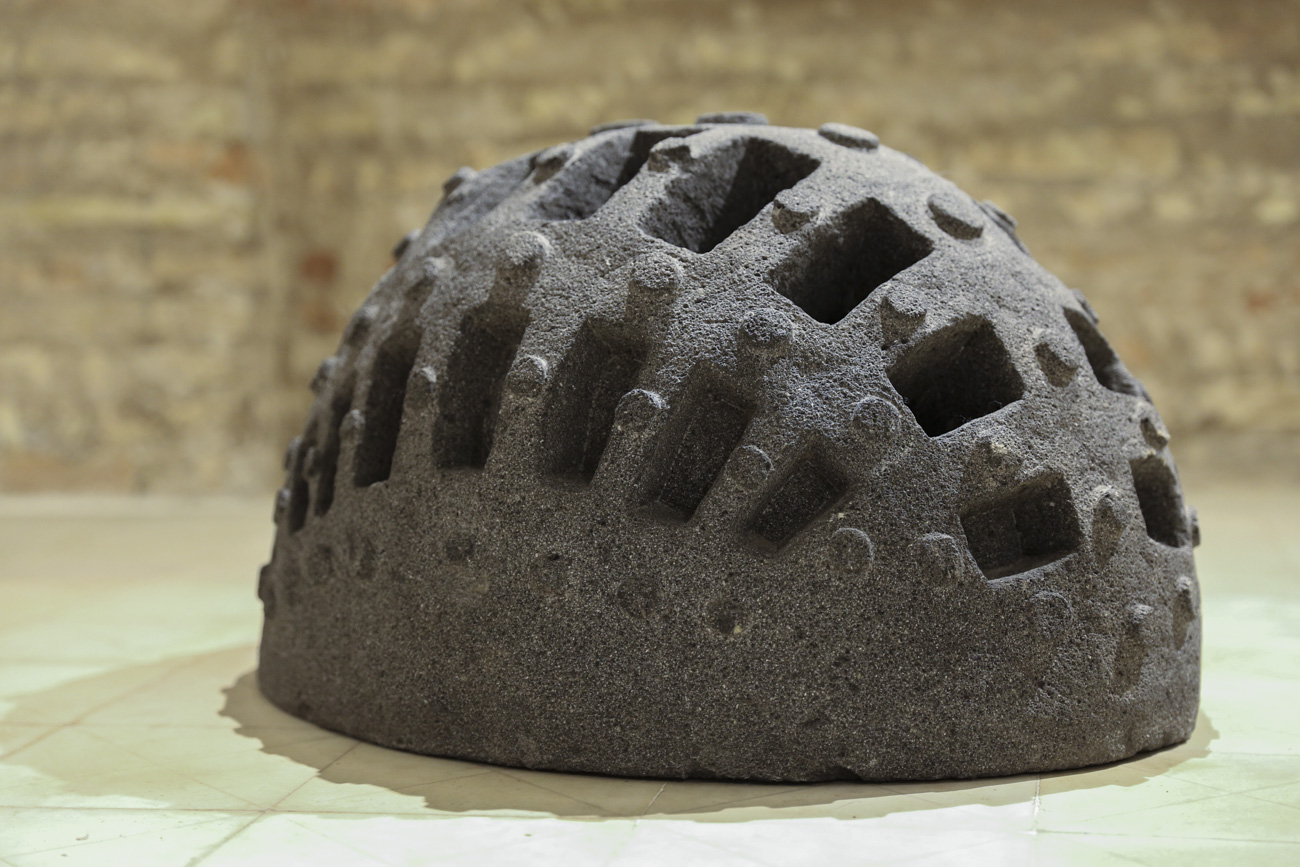 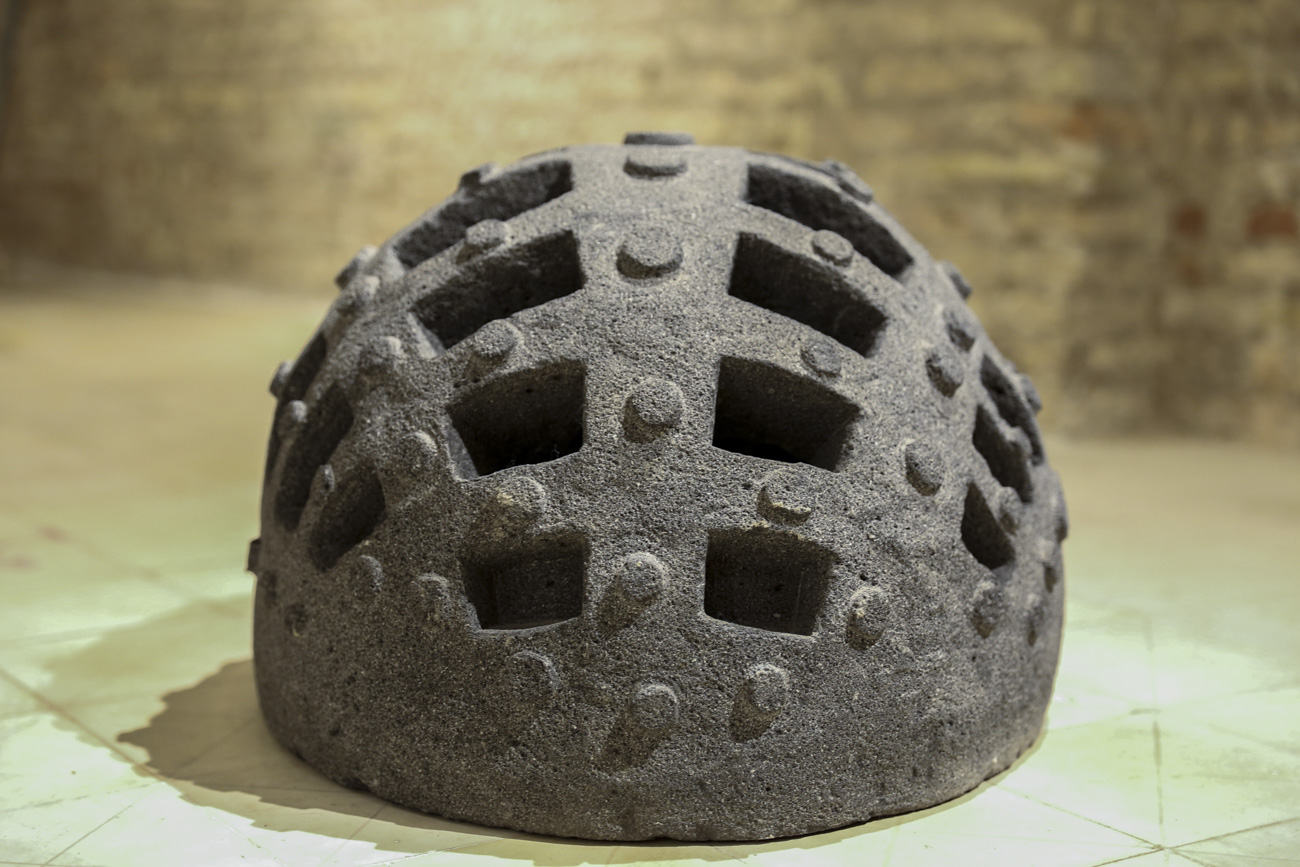 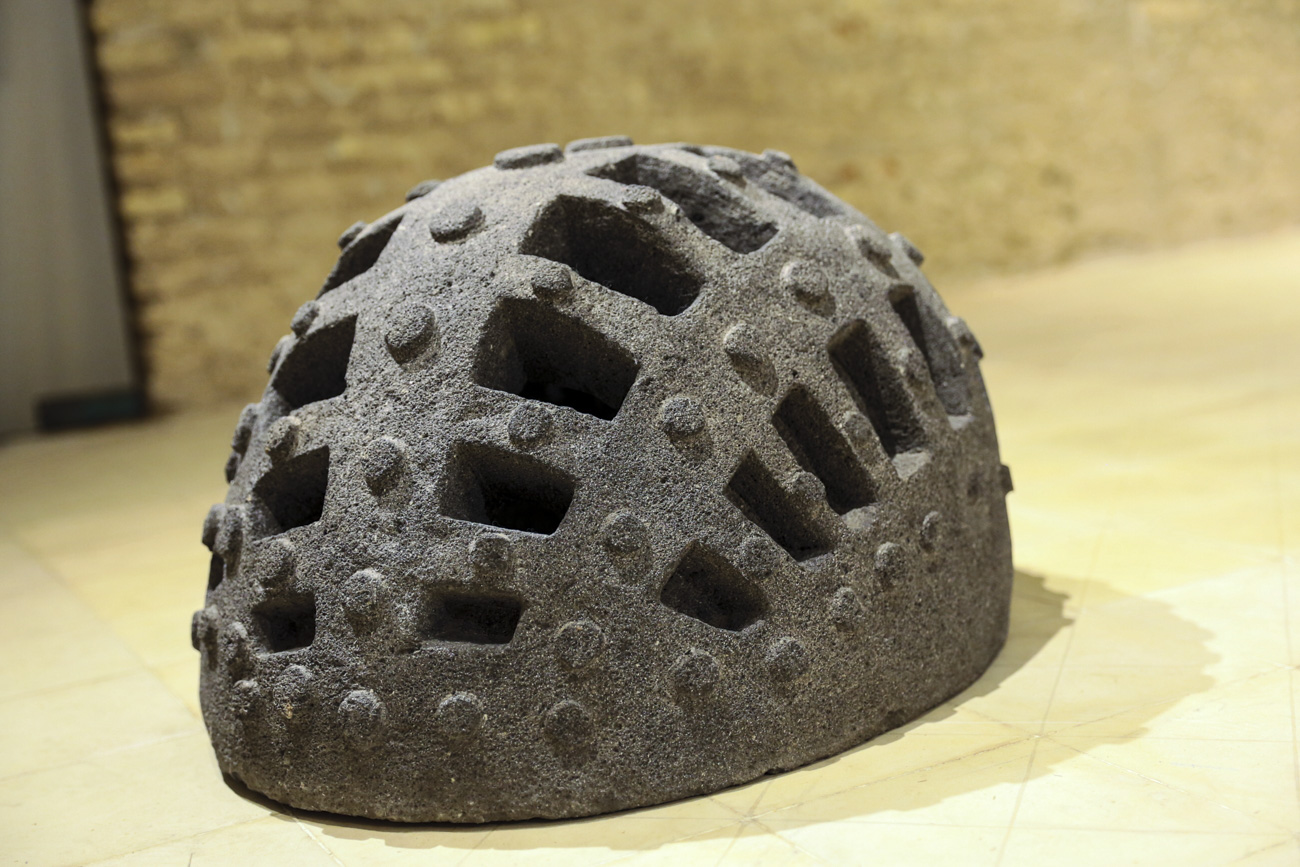 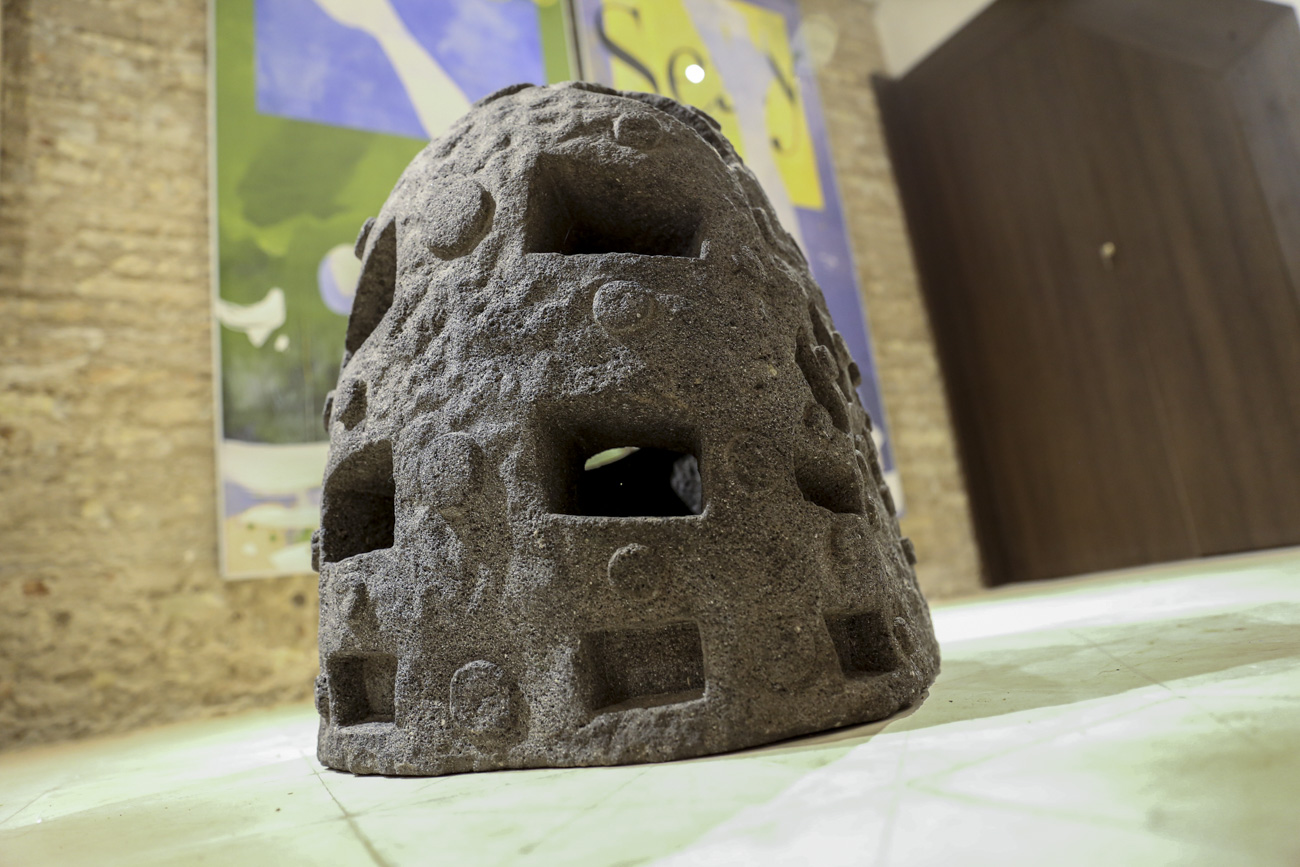 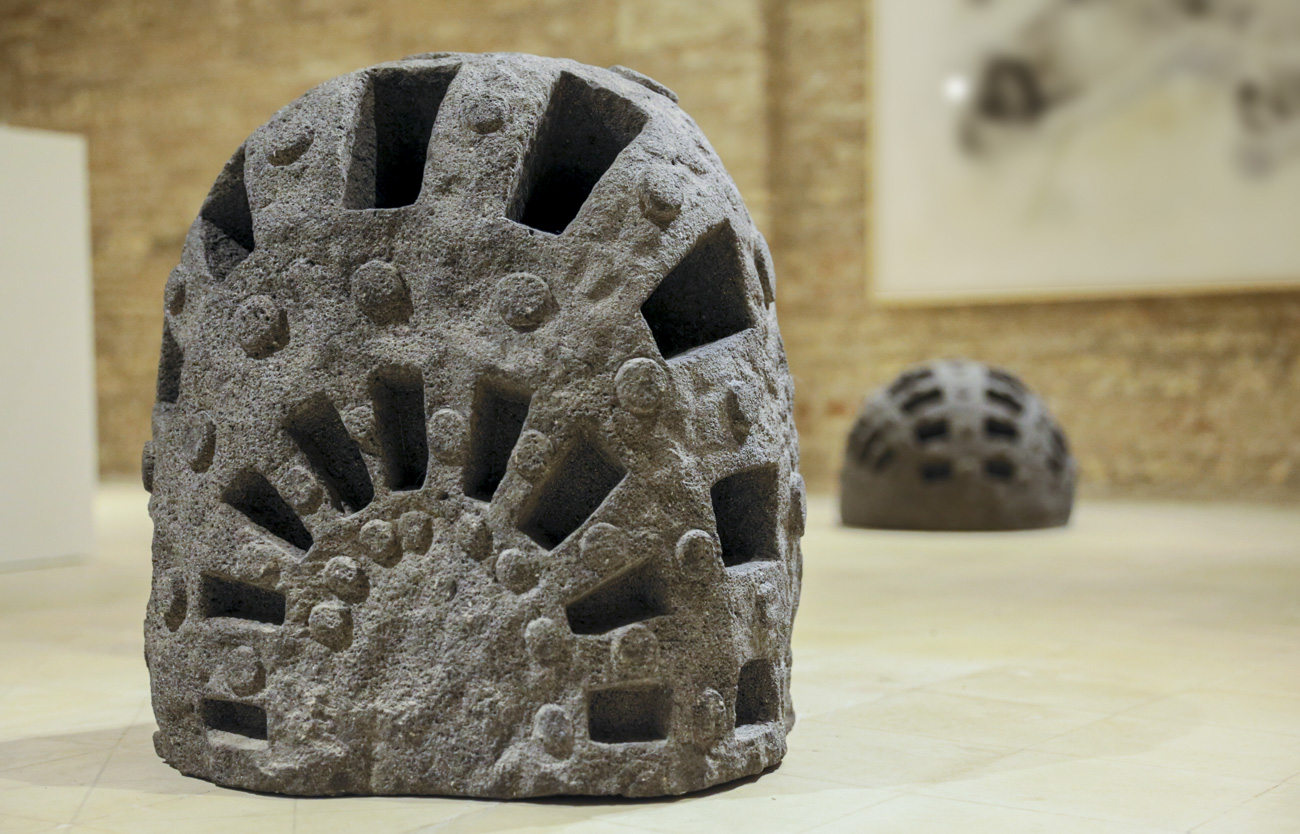 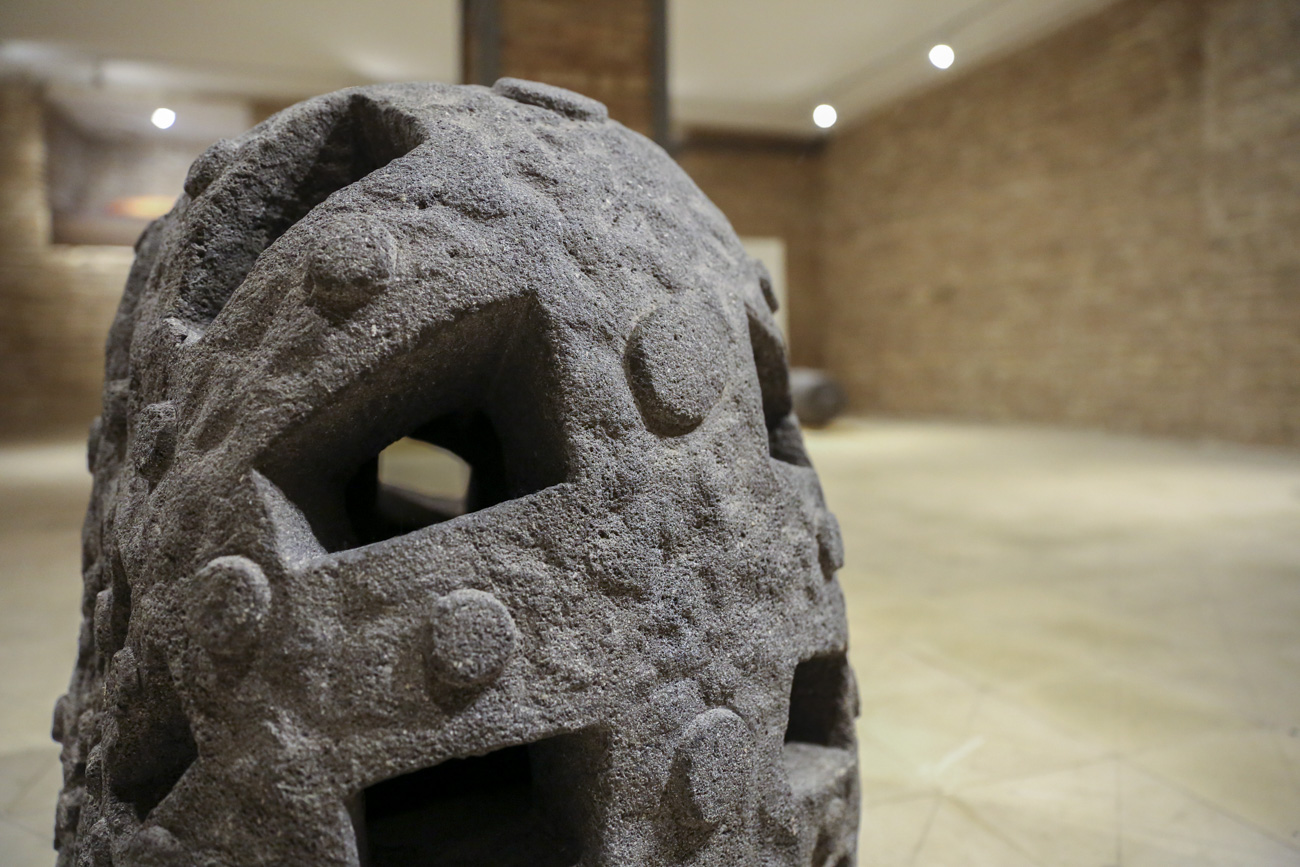 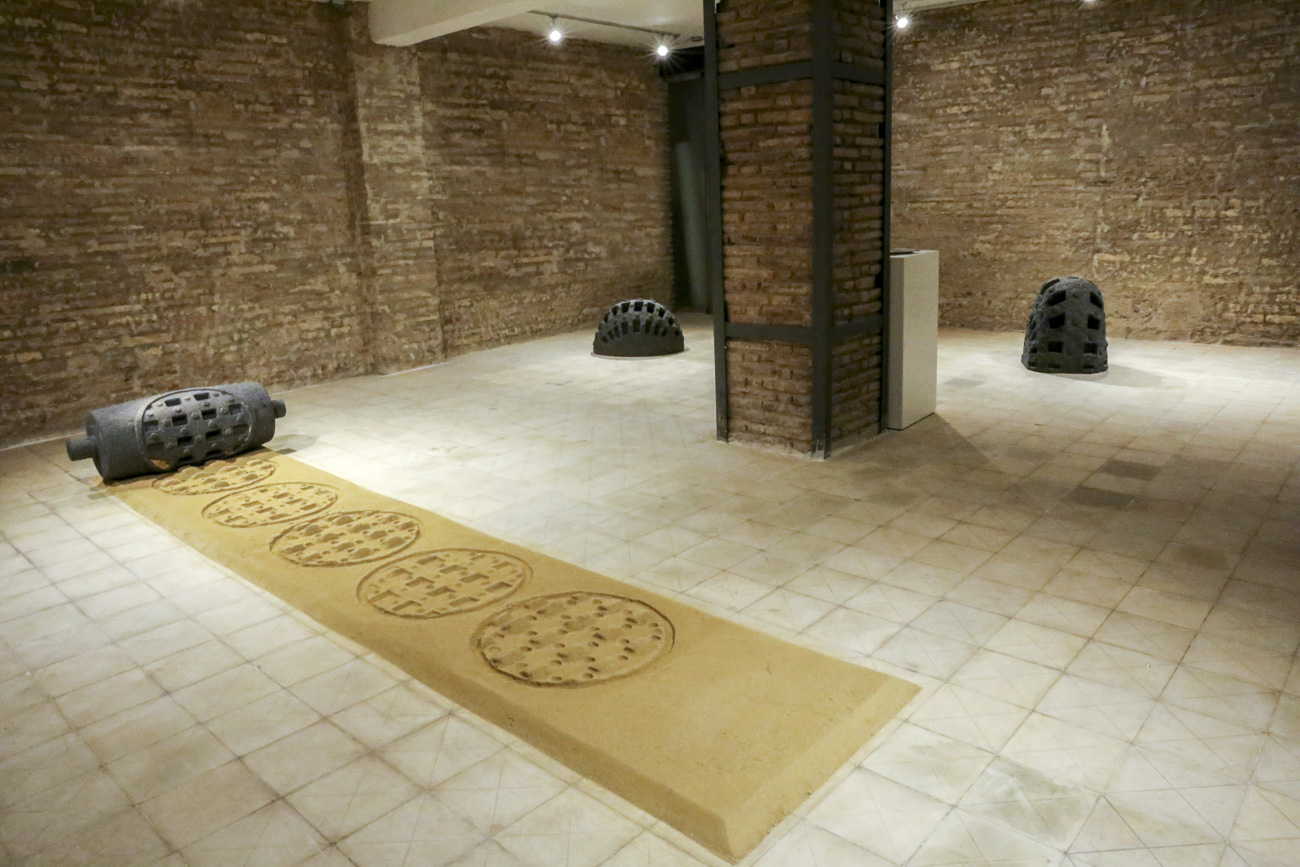 The theme of the work is inspired by objects from everyday Mexican culture environment.
Sculptress by volcanic stone carving (exhibition), integrates all the top of the sewers of the city of Mexico, leading to a new object without functionality or imagines impossible. Objects descontextualizados, modified in their shape, size or material.

The exhibition presents a "Seal" and two "Transformations".

In "Seal" merge the old pre-Hispanic world and the contemporary city. This universal form of writing, evoking, without words, a record of the ephemeral.

For its part, the "Urban Transformations" refer to the metamorphosis of the gutter. Its volume increases, charging life and autonomy. A symbolic home for the thousands of street children who live inside drains Mexico City.

This personal interpretation of objects refers to an imaginary self that moves to another reality, in which the everyday becomes poetic.

Born in Mexico, Federal District, in 1969. PhD from the Polytechnic University of Valencia (Faculty of Fine Arts) .Licenciada in Visual Arts from the National School of Plastic Arts of the UNAM. Mexico. He studied master's degree in sculpture at the Academy of San Carlos de la UNAM.
He has participated in group exhibitions in Mexico and Spain, as the "Hall of Art 98" of the Cultural Foundation of Grupo Financiero Bancomer. - Museo de Arte Carrillo Gil. -Museo Universitario del Chopo, UNAM. - Sala Nezahualcoyotl University Cultural Center. UNAM. Instituto Cultural Aguas Calientes. -Pinacoteca of Nuevo Leon, Monterrey. -Center Cultural Cadereyta, Querétaro. - "Fall Festival". Matamoros, Tamaulipas, Mexico. -University Technological Nezahualcoyotl. Mexico state. San Angel Cultural Center. Mexico. Sculpture Biennial, Vila de Paterna. Municipality of Altura, Castellón. Gata de Gorgos, Alicante. Castellón of Rugat. House of Culture of Mislata.
Individual exhibitions in the gallery of the National School of Plastic Arts (ENAP) of the UNAM and Sinaloa Art Museum (MASIN), Mexico.
He received the scholarship of artistic production for young artists awarded by the Fonca in Mexico City, as well as the scholarship for foreign students, awarded by the Spanish Agency for International Cooperation (AECI).
His work has been awarded in the National Contest of Young Art of Aguascalientes, Mexico and the Sculpture Biennial Mislata, Valencia.
His work is part of collections such as the collection of the Museum of Contemporary Art in Aguas Calientes, the Polytechnic University of Valencia and the Autonomous University of Chiapas. He has participated in several international sculpture symposia. Has public works in public collections in municipalities such as Almería, Murcia, Gata de Gorgos, Denia (Alicante), Cuba, Austria, Germany, Turkey, Mexico and the United States.